Want to work with Kelham? Learn how to join our team! 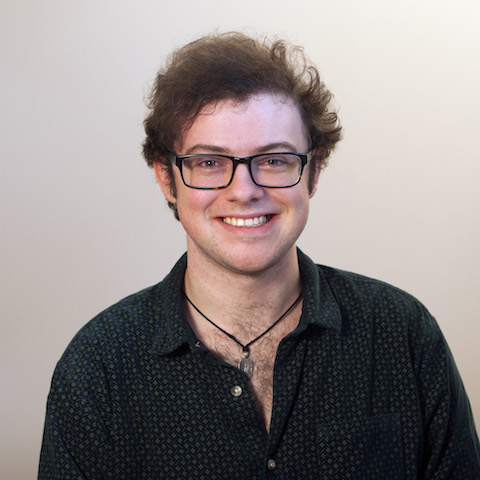 Q: Tell us about yourself.

A: I was born and raised in Plano, Texas. I was very involved with the arts from an early age, singing and acting and writing skits with friends. I always knew that I wanted to make people laugh, so in college I studied theatre and regularly performed improv comedy shows in the city. After college, I decided to enroll in a trade school in order to support myself as I continued to perform, and I eventually became a licensed massage therapist in the state of Texas.

Q: How did you find the Himalayan Institute?

A: I found the Himalayan Institute through a good friend and a long time affiliate of the Institute. I had been coming here for visits since I was nineteen, along with most of my family. I finally made the move permanent two years ago.

It's always been incredibly clear to me that the Himalayan Institute is a special place—one of a kind.

Q: What inspired you to join the community?

A: I was inspired to make the move to Honesdale by my sisters, who have been living at or around the Institute for several years, along with my own experiences visiting, and lots of gentle suggestions from my teacher. It’s always been incredibly clear to me that the Himalayan Institute is a special place—one of a kind.

Q: What have you learned during your time here?

A: To say that I’ve learned a lot in my time at the Institute would be an understatement. In the short time I’ve been here, I have learned how to have a much more charming relationship with my mind, and how to live my life in a way that will be the most beneficial for myself and the world around me.

Q: If there was one thing you could share about the Himalayan Institute, what would it be?

A: The institute is like a family. I have felt more supported here than I ever have before. This is truly a place to learn to be the person you’ve always wanted to be.

Meet More of the Community

Back to Community Spotlight