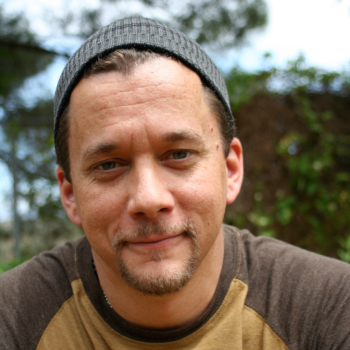 “The forces that pervade and permeate every nook and cranny of our body are emanations of prana shakti, the inner divinity. They constitute our core being … They live in the body. They heal and nurture it.”

The manipura chakra, meaning “city filled with radiant gems,” was so named by the sages because of the luminous fire that burns brightly within this powerful nexus of the mind and body. This chakra is also known as the nabhi-padma, or lotus of the navel.

As the center of our body’s solar (pranic) system, the manipura chakra’s fire provides the subatomic, primordial fuel to sustain all of our physical, mental, emotional, and bioenergetic functioning. And even more important to us as spiritual seekers, it fuels our resolve during our journey toward moksha, or ultimate liberation.

Classically, this center is associated with our sense of personal power and the awareness and enforcement of all aspects of personal boundaries. It is our pranic hub, which sustains all the tissues, from gross to subtle, throughout the entire body. The internal fire (agni) of this chakra stokes all the dhatu agnis—the fires, or cellular and physiological processes, of the primary tissue types (dhatus) that make up our body. Ultimately, the health and vitality of the manipura chakra dramatically impact not just our biological digestion, but also our ability to break down, absorb, and assimilate all aspects of reality that we experience.

The manipura chakra’s fire provides the subatomic, primordial fuel to sustain all of our functioning.

Until recently, it was assumed that only our native tissues and organs (those containing our DNA) in the region of the solar plexus influence the manipura chakra. However, with the increase in research surrounding the physiology and microbiology of the digestive system, a whole new dimension of awareness is dawning about how other, symbiotic factors influence the manipura chakra. In fact, researchers are just beginning to realize the impact of a subconscious level of communication—one not generated by our own “self cells”—on the health and vitality of the organs that embody manipura chakra, which in turn have a major impact on the health and vitality of the whole body.

In order to begin exploring this deeper mystery of the manipura chakra, we must first understand the anatomy and physiology of the gut.

Manipura and the Gut–Brain Axis

The gut is made up of the organs of digestion, immunity, blood cell production, and elimination. These organs include the stomach, liver, gallbladder, pancreas, spleen, small and large intestines, kidneys, and adrenals. The gut is covered by the tent-like diaphragm to the north and supported by the sling-like pelvic floor complex to the south. Woven throughout all these structures is the supportive mesentery (small intestinal) and peritoneal (abdominal) tissue, as well as blood vessels (circulatory system), lymphatic vessels (immune system), and nerves (nervous system). 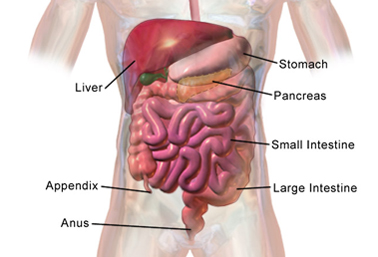 The primary channel of communication running from the gut to the brain and from the brain to the gut is known as the “gut–brain axis.” This connection has far-reaching implications for multiple systems within the body and affects our overall health, immunity, stress response, memory, and thought processes.

To fully understand the impact of the gut–brain axis on our day-to-day experiences, first we need to look at what it is and what it does. The gut brain axis is composed of the brain and spinal cord, the vagus nerve, the enteric and hypogastric nerve plexuses (the solar plexus), and the hypothalamic-pituitary-adrenal axis, a neuroendocrine system that activates and controls our fight-or-flight stress response. The two primary nerve divisions—the vagus nerve and the solar (enteric–hypogastric) plexus—modulate the communication between the gut and the brain and converge at the manipura chakra.

Manipura and the Nervous System

Let’s take a look in more detail at these two primary nerve divisions that connect with our gut—the solar (enteric-hypogastric) plexus and the vagus nerve. The solar plexus is made up of the celiac and hypogastric nerves (and is sometimes called the “celiac plexus”).

The celiac and hypogastric nerves (solar plexus) pass into the abdomen through the diaphragm via the aortic hiatus, an opening just in front of the spinal column. Structurally, these nerves converge on the abdominal contents from the backside of the body. Here the solar plexus innervates the tissues and organs including the stomach, kidneys, liver, circulatory system vessels, and reproductive organs. This is accomplished through ten subplexuses or connections (interestingly, the same number as the manipura’s petals in visual representations). The solar plexus is primarily associated with the sympathetic nervous system, the division of the nervous system responsible for the reactions of fight, flight, freeze, and submit. These reactions are autonomic—outside of voluntary control—and serve to inhibit or slow down digestive and eliminatory functions during a stressful or traumatic experience.

The vagus nerve (the tenth cranial nerve) is the primary nerve associated with the parasympathetic nervous system, the “rest, digest, reproduce, and heal” division of the autonomic nervous system. It originates from the base of the brain and exits the skull just behind and below the ears. Vagus nerve fibers first connect to the organs of speech and swallowing in the throat and then pass on to the heart and lungs. Continuing their descent, the vagus nerves (right and left) pass into the abdomen through the diaphragm via the esophageal hiatus, an opening situated just above and in front of the aortic hiatus. Both the anterior (front) and posterior (back) vagus nerve branches converge on the organs of the abdomen from the front of the body, innervating the liver, stomach, and small and large intestines. When activated, the vagus nerve stimulates the organs of secretion in the upper and lower respiratory tracts and promotes the functions of digestion, assimilation, and immunity. The vagus nerve is 90 percent sensory, meaning it primarily transmits information regarding the state and condition of the structures it’s connected to directly to the brain. 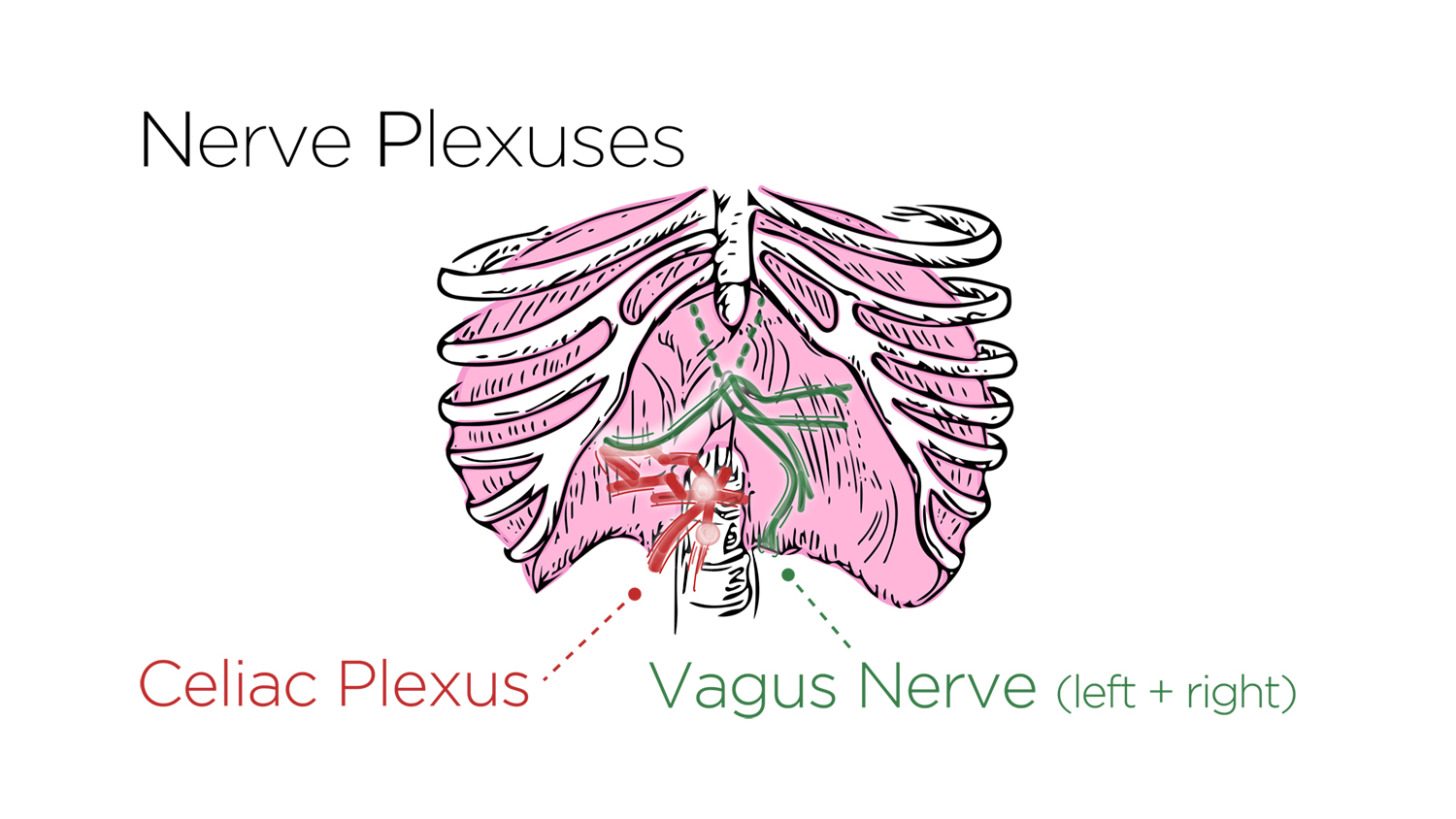 The Sun and Moon in Us

These two major nervous system divisions impact the navel center powerfully and on multiple levels. As we will see from their effects, the sympathetic and parasympathetic divisions are easily associated with the dualities of the sun and moon.

Even their physical orientation, as they innervate the abdomen from polar directions—the solar plexus (celiac and hypogastric nerves) from the back, and the vagus nerve branches from the front—represents the duality of the sun and moon coming together as one at the manipura chakra center. The stimulation of each set of nerves will influence the state of our mind and consciousness directly.

The manipura chakra and its associated functions of personal power, pranic sustenance, and protection are embodied within the organs, connective tissue, and nerves of our abdomen. The majority of the communication between this manipura-related area and the brain is accomplished mechanically and chemically via the release of certain hormones. But it is also influenced by a very important third element whose general state of being can completely alter the state of the gut and significantly impact our subconscious, no matter what we are thinking. This semi-autonomous element is the collective consciousness of the colony of bacteria living in our digestive system—also known as the “gut microbiota.”

In my next post on the manipura chakra, we will dive deep into the realm of this fascinating collective and explore the psychobiology of the gut microbiota and associated hormones in detail.