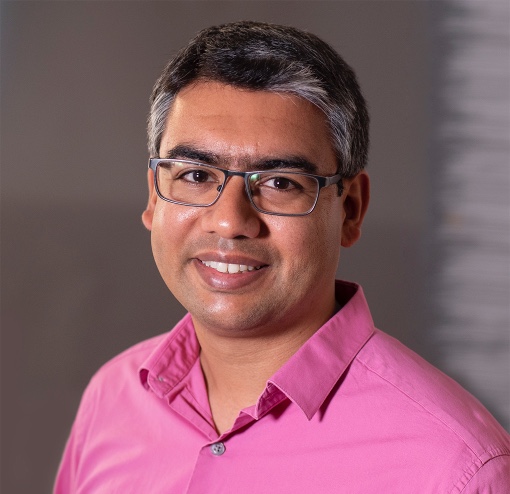 The wisdom of the Mandukya Upanishad lies at the heart of every yogi’s journey, for it allows us to unveil the mystery of consciousness. In recent years, interest regarding the nature of consciousness has grown dramatically, both in popular culture and in the scientific community. Modern perspectives on consciousness largely assume that the phenomenon of consciousness is a byproduct of our brain and nervous system. In other words, our physiology, or more broadly, the world of matter and energy, creates consciousness.

Yoga understands consciousness in a fundamentally different way. It asserts that consciousness is the source of our identity as a human being at a spiritual, psychological, and even physical level. Consciousness gives rise to our universe and is the most definitive characteristic of what ancient yogis referred to as our inner world, or higher reality.

Consciousness gives rise to our universe.

The experiential exploration of consciousness lies at the heart of yoga and the ancient tradition that the Vedas and Upanishads have embodied for thousands of years. The Mandukya Upanishad is treasured for the potency of its wisdom pertaining to the different states of consciousness, and specifically, the fourth state—transcendental awareness, or turiya.

When approaching the Mandukya Upanishad, it is vital that we transform our attitude toward the concept of consciousness and cultivate a respectful openness and genuine desire to experience consciousness, not as an object to be understood, but rather as an experience of higher reality. This begins by learning to feel awareness rather than simply thinking about it. Cultivating a felt sense of awareness rather than an intellectual understanding of it allows us to eventually have a direct experience of consciousness.

This path of direct experience of consciousness is the specialty of raja yoga—combining the power of asana, pranayama, and meditation—all of which awaken us to an experience of our inner world. We often think of prana only in the context of pranayama, but in the tradition of the Himalayan Masters, cultivating pranic awareness is a central theme of all the limbs of raja yoga. As we cultivate pranic awareness, we become aware of awareness itself. This is when we can actually feel an awareness of consciousness, rather than simply think about consciousness.

When we combine a direct experience of consciousness gained through practice with the study of the Mandukya Upanishad’s source wisdom, we can find the key to unlocking an extraordinary potential within. Swami Rama and the sages of the Himalayan Tradition refer to this inner experience of absolute reality as turiya—the fourth and highest state of consciousness.

To truly understand the meaning of Om, the practices of meditation and self-reflection are essential.

The 12 mantras of the Mandukya Upanishad express the four states of consciousness, including the pinnacle—turiya—in an extremely condensed manner, by revealing the hidden mantric meaning of the bija (seed) mantra Om. This aspect of the Mandukya Upanishad is often the most intriguing yet cryptic, as we usually think of Om as a generic mantra, or a simple invocation. As we study the Mandukya Upanishad, we get a glimpse of the esoteric meaning that is contained in Om. But to truly understand the meaning of Om, and how it can be the gateway to an experience of the higher states of consciousness, the practices of meditation and self-reflection are essential.

The book Enlightenment Without God shares the experiential wisdom of a modern-day master, Swami Rama, who had direct experience of all the states of consciousness described in the Mandukya Upanishad. We are fortunate to receive this digested knowledge firsthand—ancient wisdom re-expressed for the modern seeker. As such, it provides ample opportunity for our self-study and self-reflection. When we combine this with the systematic practice of pranayama, relaxation, and meditation, all aligned around the principles of pranic awareness as shared in the Yoga Sutra, we are able to bring the wisdom of the Mandukya Upanishad to life.

The literal meaning of the word upanishad is “that living wisdom which is imparted when one sits near the teacher.” For us to assimilate the wisdom of the Upanishads, we must form a meaningful and personal relationship with the teachings and the lineage through which it flows. When we do so, we are able to awaken the teacher within, allowing us to one day unveil the mystery of turiya for ourselves, through systematic practice and the grace of higher reality.