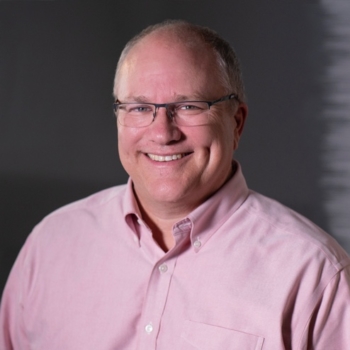 After managing the Web Department for more than a decade. In 2008 he shifted to a newly created position as Director of Local Operations. In 2014 he started his current position as the Retreat Center Director overseeing the campus at large.

With a welcoming smile, he’s the first to tell you that he’s surrounded by an amazing team that represents the magic behind the guest experience. With Conscious Simplicity as a guide, he continues to push the limits on providing a boutique experience for all who visit. The Mission of the Institute is to inspire, educate and empower all who wish to reach their full potential, and the team behind the Retreat Center has dedicated themselves to ensuring that the environment for such activity supports the mission.

Representing the Institute at many levels, his passion also extends to the surrounding community, where he has served as a past president of Honesdale Rotary, and the chair of Honesdale Roots & Rhythm Music & Arts Festival. Currently, he serves as a consultant to Honesdale High School’s Interact Club, the junior version of Rotary, and chair of the board for the Chamber of the Northern Poconos.

Beyond the smile, the light in his eyes shines when he talks about his wife and children who all live on campus where he calls them the magic behind all he does.