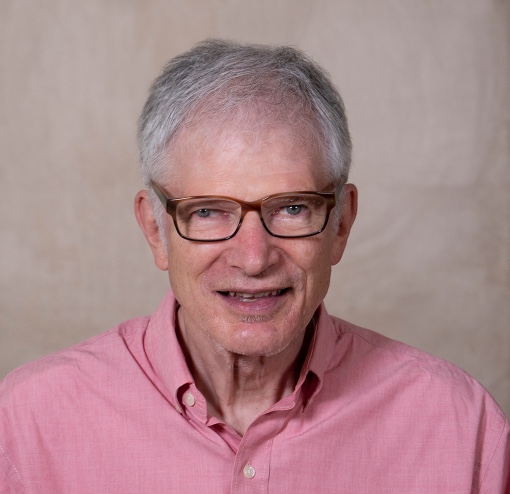 In our last post on the Bhagavad Gita, we explored bhakti yoga, the path of faith, love, and devotion. There we saw that the untiring nature of love is to give. Bhakti yoga awakens a genuine and selfless spirit of giving. Like the paths of service, meditation, and wisdom, bhakti yoga leads to spiritual liberation. It frees us from the terrors of daily living—from sorrow, suffering, anxiety, pain, and from the inevitable impermanence of life. Bhakti yoga nourishes hope and confidence, and it fosters trust in a presence greater than ourselves.

In the following verse, Krishna gives a sense of where loving trust in his transcendent presence leads, and he elevates bhakti yoga to the highest path of self-realization:

Those who are ever joined in Me,

Their minds absorbed in my presence, worshipping Me,

But how do we awaken the sentiment of devotion? How do we cultivate a genuine feeling of love for God? A practical approach is to first awaken and then magnify feelings of gratefulness. Gratitude fosters love. It blossoms when gifts of love find us.

For example, small events may awaken gratitude. As a child I was given a savings bond. My pleasure in receiving this small monetary gift blossomed into gratitude and then into a deeper feeling of love for the person who had given the gift to me despite not knowing me well. Such gifts help us see the preciousness of life. Over time, gratitude becomes the conscious precursor to love. And through gratitude, love and devotion grow.

Gratitude helps us recognize that the scope of the Divine, acting both in and around us, far exceeds the scope of our own small ability to love. Love calls on us both to give and to receive—though we cannot explain the bounties of love. It is simply true that, expressed in acts of giving and receiving, love fills us with unaccountable joy.

The most dramatic part of Krishna’s teachings on devotion (presented mainly in chapters 7 through 12) lies in chapter 11. There, Arjuna makes a bold request: he asks Krishna for a vision, for the unveiling of Krishna’s own self. To grant such a vision would be an almost unimaginable demonstration of Krishna’s love for Arjuna. To fully understand this request, we must first recognize that Arjuna is asking for an expression of love that transcends the love found in many human relationships. Love is part of romantic relationships, to be sure, but it is also part of a mother’s care for an infant, a child’s reverence for a father or mother, a pupil’s admiration for a mentor, a sibling’s tenderness for a fellow sibling, and a friend’s fondness for a friend. Arjuna asks Krishna for an even greater gift of love. He wishes to see Krishna as only Krishna knows himself—as a being of pure consciousness and absolute power.

Passages from chapter 11 are celebrated. It is often said that the physicist Robert Oppenheimer carried a copy of verse 12 with him at the time of the first atomic explosion. The verse is a cosmic metaphor offering an unequaled vision of the Divine:

If there were to rise in heaven the brilliance

Of a thousand suns,

That would be similar to the brilliance

Recognizing that Arjuna’s limited consciousness will not allow him to perceive the vision that he has requested, Krishna supplies Arjuna with a second gift. He equips Arjuna with divine sight—with divine eyes. With this gift, Arjuna’s request is made complete and the utter majesty of life is revealed.

You are a mass of light, effulgent in all directions;

Very difficult to look at,

Immeasurable, and all around

Moreover, Krishna reveals the truth lying behind the dramatic battle that is soon to take place—a battle that tortures Arjuna’s conscience. Fought with enormous savagery, the great Mahabharata war nonetheless unfolds in this great vision with transcendental purpose. As opposing armies struggle and kinsmen die before him, Arjuna cries out:

They (the warriors) hasten and enter Your mouths,

Which are terrible with frightful teeth.

Some, stuck between Your teeth,

Are seen with their heads crushed to powder.

As the many flows of rivers

Run only toward the ocean,

So the brave warriors of the human world,

Arjuna sees that the devastating battle about to take place in the ordinary world has already been enacted in the expanse of Krishna’s timelessness. The truth is that “these very men have already been slain.”

Arjuna’s vision unveils the boundlessness of creation. Its utterly indescribable form transcends both what is familiar and what can only be imagined. But, stunned by the expansiveness of his vision, Arjuna grows troubled by what he sees. He needs comforting and exclaims:

Touching the sky, blazing with many hues, with mouth wide open,

With huge burning eyes—seeing You,

With my inner self trembling with fear,

Bowing with palms joined at his heart, in the deepest expression of bhakti, Arjuna offers his praise and respect for Krishna:

You are the indestructible, the existent, the nonexistent,

After praising Krishna, Arjuna implores him to restore his familiar form and withdraw the awesome vision of his cosmic form. Following Arjuna’s appeal Krishna does just that, returning Arjuna’s normal state of consciousness and composure to him.

But what is ultimately to be learned from Arjuna’s remarkable encounter with Krishna? What is the message lying behind Krishna’s outpouring of love—his revelation? The message can be found in four verses that encapsulate the teaching that accompanies Krishna’s vision:

This form of Mine, very difficult to see, that you have seen,
Even Gods are ever desirous of seeing this form.

Not through the Vedas, nor by ascetic observances, nor by charity,
Nor through sacrifices can I be seen in this nature as you have seen Me.

O Arjuna, through devotion alone, directed toward who I really am,
Can I be known and entered.

Acting only for me, holding Me supreme, My devotee devoid of attachments, Whoever is free of animosity toward all beings, he comes to Me. (BG 11:52–55)

Arjuna is a master of yoga and a living embodiment of the devotion praised in these verses. His desire to see Krishna’s transcendent self has been equally the fruit of his devotion and the gift of Krishna’s love.

For those for whom yoga meditation is an unfinished journey, the Bhagavad Gita is a guiding light. As with other paths described in the Gita, the path of bhakti is a means by which students of yoga can reach the highest goals of practice. Through being grateful, each of us can recognize how our lives are permeated by gifts of love. The beauty as well as the starkness of the universe is truly a reflection of a more subtle reality. As we have seen, the highest of God’s gifts is the revelation of that reality.

In the next post we will turn our attention to the nature of jnana yoga, the path of wisdom, as seen in the Gita. The path of wisdom is complementary to the path of love and devotion, like two wheels on a chariot. Without jnana, bhakti becomes too emotional and sentimental and without bhakti, jnana becomes mere dry intellectual pursuit. Together, they uplift us to greater heights.

Video
The Three Pillars of Practice