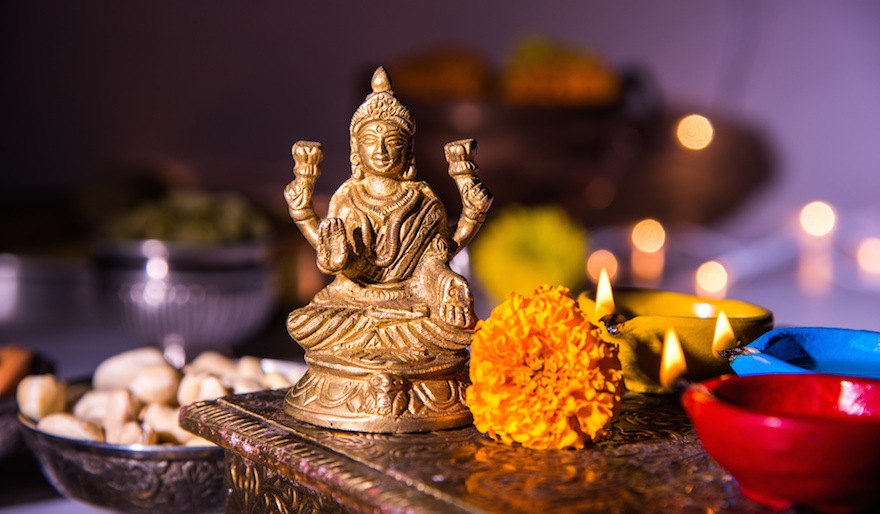 Throughout the ages people have been praising the Divine Mother in countless forms and ways. What is it about reciting or singing her praises that draws us? How does this practice brighten and nourish our life? It has certainly had a profound effect on mine.

I was introduced to the idea of the Divine Mother as a child, through reciting the Hail Mary on the rosary. Since I was raised as a Catholic, Mary was my go-to in times of need. Often I would say the rosary as I was falling asleep at night, just in case I had any leftover stress from the day. I liked the rhythm of it, the sweetness, the notion that someone was there for me. It wasn’t until I was in my 40s, however—a dedicated yoga practitioner learning to recite Sanskrit prayers—that I focused more on the meaning of the words I was reciting. I wanted to know how to gain access to a deeper energy of creativity, grace, courage, will, power, and passion—qualities of the Divine Mother described in various texts and studies.

I wanted to know how to gain access to creativity, grace, courage, will, power, and passion.

At that time, in the mid-1990s, I had been attending a weekly meditation gathering in Portland, Oregon, for a few years and a friend invited me to meet Shree Maa, an Indian teacher in the Ramakrishna lineage. I enjoyed my time with her and took home a book on the Durga Saptashati (also known as the Devi Mahatmya, or “Glory to the Goddess”), the 700 mantric verses to the Divine Mother Durga. It is a collection of stories of how the Divine Mother—the Devi—manifested in this world to fight evil and wrongdoing. I read a few verses every night for a year or two and was moved by the stories of compassion and power, strength and beauty. I especially appreciated that she is omnipotent and omnipresent, and comes whenever called upon by a sincere heart.

A short time later I was introduced to Amma Karunamayi, another Indian teacher, who was known for her 10 years of meditation in the Penusila Forest of Andhra Pradesh, India. I began a 12-year study, spending as much time with her as possible both in the US and in her Penusila ashram. She strongly encouraged me and her other students to recite regularly a sacred hymn known as the Sri Sukta—16 verses, or mantras, praising the Divine Mother in the form of Lakshmi, the goddess of wealth, prosperity, and fertility. I was completely onboard, hoping it would ease my mind, which was filled with doubt about whether I could support myself teaching yoga and with other worries about day-to-day living.

Sure enough, Sri Sukta has helped me make great headway. It has stopped me from seeing myself as being poor. I so often saw scarcity and lack in and around me. But reciting Sri Sukta has helped me see my world differently. It has enabled me to see that there is a richness underlying this world, and that I can tap into it anytime, rather than staying with my worldview of scarcity. I started noticing there was a fullness to the fabric of my life. I valued relationships more, believed I could support myself, and had faith in my own knowledge and my abilities to impart that knowledge. Each day when I praise the Devi through the recitation of the Sri Sukta I see clearly how I am supported by love, nourishment, and grace in many ways—and how that manifests grossly and subtly in my life. I have more faith in myself and in life itself.

For several years I attended a gathering of Amma Karunamayi’s devotees that began with the recitation of the Lalita Sahasranama, an amazing song of praise consisting of the thousand names of the Divine Mother in the form of the goddess Lalita. Each name is a different description of her, and that intrigued me. She is manifest and unmanifest, with form and formless, virtuous and non-virtuous. Shiva is her messenger. She is the Mother of All and the Great Queen enthroned on a lion. She comes out of the fire of pure consciousness, blazing like a thousand suns, holding five arrows made of long-stemmed flowers (our five senses), a bow made of sugarcane (our mind), a noose (to bring us back to her), and a goad (to move us forward). She is mystifying and resplendent. The Sanskrit sounds of her names were uplifting and inspiring, even when I didn’t know what they meant.

She is the Mother of All and the Great Queen.

Amma Karunamayi also taught a number of mantras from the Durga Saptashati that were powerful, helpful, and meaningful to me. Some of these mantras are still a part of my daily practice. Each time I praise the Devi through these sounds, their vibrations nourish and strengthen me. I feel protected and cared for.

Then, in 1999, I met Pandit Rajmani Tigunait on his book tour for Tantra Unveiled. Through this book Panditji helped me to understand that the chants I had learned were actually vibrations of a subtle form of the divine. In his book he says, “In the tantric tradition, the mantra is not simply an object for focusing the mind; the mantra is the illuminator of the mind. It is the living divinity, and in the first level of practice the mind, body, and senses are employed to serve it. Constant repetition charges our being with divine consciousness.”

Under Panditji’s tutelage, I was taught more about the meaning and value of the 700 sacred mantras of the Durga Saptashati. In these stories, it is said that during a time of great darkness, when all else was lost, the Divine Mother Durga came into form through the prayers and sacrifices of the gods to restore order to the world. Fierce in battle, she uses her many forms to subdue and conquer the opponents of right action. But to her devotees she is compassionate. After she defeated the negative forces and restored order to the world, she bestowed a gift to her devotees, telling them that whenever evil reigns again, or whenever there are problems in their lives, to call upon her and she will come to their aid. This is her eternal promise.

Through Panditji’s teachings, I began to understand more of why chanting has been so precious to me. Praising the Devi isn’t just a mere repetition of words; it is the actual vibration and essence of grace—divinity itself. I want that vibration in my life. So now, on a regular basis, I have the ability and the knowledge to empower myself with grace, no matter how I am feeling or what my outer circumstances are. I can bring more sacredness to the moment, to the day, to my years, to life’s ups and downs, each time I recite sacred verses praising the Devi. Through recitation I am blessed by her daily. In this way, I know that she is always with me.

Chanting sacred prayers and hymns is one way to praise the Devi. There are other ways, too, such as infusing our asana and pranayama practices, our meditation, and our life, with awareness of her light and energy within and around us. Stay tuned!

Durga Saptashati is one of the most potent scriptures in the tantric world. When practiced with appropriate prerequisites and precautions, they emit the entire range of power that the combined shakti of Rudra Yaga and Sri Vidya embody. The Durga Saptashati USB Audio includes over 15 hours of lectures from Pandit Rajmani Tigunait’s program, “Durga Saptashati: The Treasure Trove of Tantra Vidya.” During this retreat, Pandit Tigunait explores topics that help us incorporate the tantric scripture into our own personal practice.

This powerful book describes authentic tantra, what distinguishes tantra from other spiritual paths, and how the tantric way combines hatha yoga, meditation, visualization, ayurveda, and other disciplines. Learn how to live out the essence of tantra: experiencing all existence, including yourself, as the manifestation of the divine.

The Sri Sukta is composed of sixteen mantras invoking the Divine Mother Sri, from whom the entire universe emanates, and who is the source of beauty, auspiciousness, abundance, and prosperity of all kinds. This booklet contains each mantra both in Sanskrit and in English, as well as an English translation of each word within the sixteen mantras. 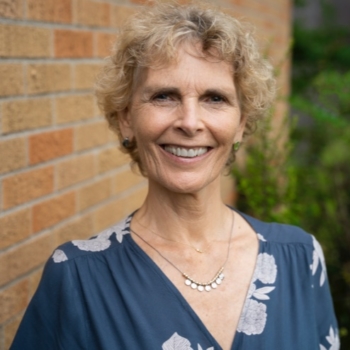 Shari Friedrichsen has been teaching and studying yoga for more than 45 years and is a key facilitator of the Himalayan Institute's Vishoka Meditation Course and the Vishoka Meditation Teacher Training program. She conducts classes, seminars and trainings, nationally and internationally, sharing the Wisdom of the Himalayan Tradition, of which she has been a student for over 22 years. Shari has studied asana, meditation, and philosophy with respected teachers Pandit Rajmani Tigunait, Rolf Sovik, Amma Karunamayi, and BKS Iyengar. Shari's unique style incorporates asanas, pranayama and meditation with breath awareness and subtle and gross anatomical guidance to draw the student into the inner experience of yoga and the self. Her approach uses yoga as a vital, powerful, and compassionate component in supporting the body, mind, heart and soul. Shari holds the following certifications-C-IAYT, E-RYT 500, and YACEP-and has presented over 100 videos, audio recordings, and courses on YogaInternational.com as well as being a frequent contributor to the Wisdom Library.