Want to work with Roxi? Learn how to join our team! 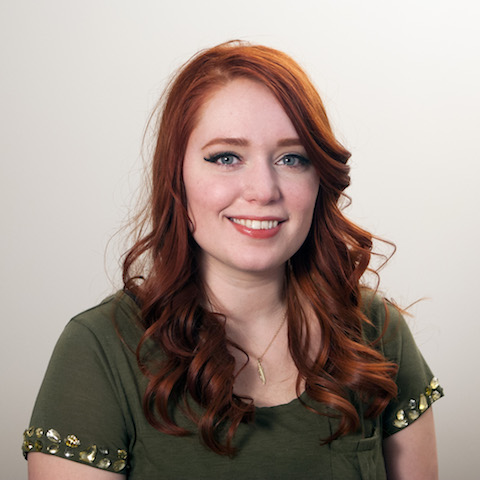 Q: Tell us about yourself.

A: I grew up in Frisco, TX and spent most of my days singing and dancing. Throughout my life, all I wanted to do was musical theater and everything that was involved with it. While I was in college, taking nothing but theater related classes, I realized that I needed to have to have a profession that would support me and have the time flexibility to be able to continue doing theater. I decided that I wanted a career that could also be useful in theater if I couldn’t get a part onstage, so I got licensed in cosmetology from Paul Mitchell the School, Dallas. After graduating from Paul Mitchell, I started working at a high-end salon in Dallas, and on the side, I worked at a professional theater doing onstage and backstage work.

Q: How did you find the Himalayan Institute?

A: I was very new to yoga, and I started going with a friend of mine to a Sunday morning study group at Alive and Healthy. We spent the first part in a group meditation; then we would spend the remainder of the time studying different aspects of the Yoga Sutras, and sometimes we would watch Swami Rama’s old lectures. My curiosity there got me introduced to the Himalayan Institute’s traditions, and I received my first universal mantra.

The Himalayan Institute is like a family ... you will feel welcomed and encouraged to learn more about yourself

Q: What inspired you to join the community?

A: When I first moved to the Himalayan Institute, I was still so new to yoga that being up here scared me. I thought I was so far behind that I would never catch up. Not to mention that I followed my friend up here so I really didn’t have an idea of why I actually decided to move from the comfort of my Texas home. My friend and my slowly quieting mind kept telling me to have faith, and I felt pulled here. Uncertain at first, after being here for a while, I realized I was in the right place. I decided to stay for myself because the tools I was learning were so important and great foundations for life.

Q: What have you learned during your time here?

A: I learned that yoga involves mind, body, and soul, creating a spiritual experience. Yoga is more than just being flexible and posing correctly. There is a whole philosophy of living behind yoga that goes back thousands of years and can support you in any of your endeavors. Also sitting still and breathing diaphragmatically helps you feel better in almost any circumstance.

Q: If there was one thing you could share about the Himalayan Institute, what would it be?

A: The Himalayan Institute is like a family. Whether you’re visiting for a short time or staying awhile, you will feel welcomed and encouraged to learn more about yourself through the practice of yoga.

Meet More of the Community

Back to Community Spotlight